So, Baudelaire was the artist in any genre who had the strongest impact on him. But how is this influence manifested? Only the very start and end of Dutilleux’s catalogue feature settings of texts for voice and piano or orchestra, and Dutilleux’s last published composition, ‘Enivrez-vous’ (the final song in his orchestral cycle Le temps l’horloge, 2006-9) was his only setting of a Baudelaire text.

Baudelaire’s impact on Dutilleux can be traced back to the 1960s, when the choreographer Roland Petit approached him to compose a ballet based on Baudelaire’s Les Fleurs du Mal, to commemorate the 100th anniversary of the poet’s death in 1967. As many of Petit’s major works were based on French literary masterpieces, including Cyrano de Bergerac (Cyrano, 1959) and even Proust’s A la recherche du temps perdu (Proust ou les intermittences du cœur, 1974), the project must have appealed to the choreographer, but Dutilleux quickly got cold feet about the idea.[1] He told Claude Glayman: ‘I found the scenario too realistic, too material. I didn’t conceive of an approach to Baudelaire’s world in that way. I would have liked something more abstract, less anecdotal, allowing for pure dance. Finally I explained my reservations to Roland Petit and withdrew from the project.’[2]

But Dutilleux’s intensive reading of Baudelaire in preparation for the ballet resulted instead in the cello concerto Tout un monde lointain… (1967-70), whose five movements are each preceded by a Baudelaire epigraph and have a title drawn from one of his poems. This is not ‘programme music’ which follows a verbal narrative; rather, Dutilleux draws out a poetic image from Baudelaire which can have a musical parallel, a sensual correspondance. For instance, the third movement is titled ‘Houles’ (‘Waves’): it has a Baudelaire epigraph from La chevelure where a woman’s hair is a ‘sea of ebony’ and the music evokes turbulence, tossing and turning, both erotic and aquatic imagery. We might also recall that Baudelaire, in his poem La musique, links listening to music to a sea voyage in a sailboat,[3] a metaphor employed frequently by the poet And while his violin concerto, L’arbre des songes (1979-85), lacks explicit reference to the poet, its title may well be drawn from a Baudelaire prose poem, Les Projets: ‘et, la nuit, pour servir d’accompagnement à mes songes, le chant plaintif des arbres à musique’ (and at night, as accompaniment to my dreams, the plaintive song of musical trees). More obviously, the title of the voice and orchestral work Correspondances (2003) is linked to the concept of the mingling of the senses which is central to Baudelaire’s aesthetic.

Baudelaire’s importance to Dutilleux is most obviously manifested in ‘Enivrez-vous’, his only setting of the poet. In this final work, Dutilleux seems to be looking back on his life, as he quotes or alludes to his past compositions. It would not be an exaggeration to suggest that the real subject of ‘Enivrez-vous’ is Dutilleux himself; it is as if he is watching himself, in a Baudelairean ‘dédoublement.’ Dutilleux’s setting of ‘Enivrez-vous’ embraces his work, as if he were cheating time, collapsing time. Perhaps for him, musical intoxication was the euphoria of getting out of time, or at least the illusion of doing so. For Dutilleux, the 19th-century poet was a contemporary, and Baudelaire was an obsession permeating so much of his work, a ‘haunting’ indeed. For him, I believe, ‘Baudelaire, c’est moi.’ 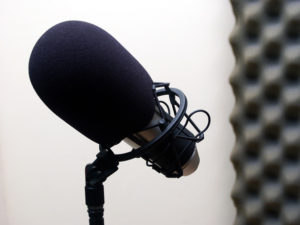 Music and memory: how singing could make you a better linguist
By Dr Caroline Ardrey (Project Research Associate) Song is central…