We’ve been hard at work here at the Baudelaire Song Project. Since our move to Birmingham in September 2016, we’re making rapid progress with searching for songs and developing our digital techniques for analysing recordings. Thanks to a lead from a specialist vocal consultant, we’ve been trialling additional software OperaVox which allows us to do more detailed analyses of how singers are using their voices in sung performances of Baudelaire, to supplement our existing use of Sonic Visualiser and Audacity.

But by far the most exciting development has been uncovering brand new Baudelaire songs, all composed in 2016!

Here are some of the highlights:

June saw the world première of Nicolas Chevereau’s Cinq poèmes de Baudelaire, with baritone Jérôme Boutillier and Chevereau himself at the piano. This brand new set includes some of the lesser-known poems, culminating in a stunning setting of ‘Élévation’.

Belgian chanson française band Exsangue have just released their début single À une Malabaraise,  part of a series of Baudelaire settings which emphasises just how accessible Baudelaire can be, and celebrates the fun and comic side to his poetry. They’ll be performing live across Brussels throughout the autumn.

Baudelaire in a Box Episode 9. This inventive Chicago theatre collective are performing the whole of Les Fleurs du mal in song, alongside “crankies”, an innovative take on the nineteenth-century moving panorama illustrations. This autumn (fall), they premiered their latest instalment, featuring 14 Baudelaire settings in English translation.

And there are more to come in 2017… Marking 150 years since Baudelaire’s death, the team at the Centre international de la Mélodie française, headed up by award-winning baritone François Le Roux, have commissioned 5 new settings of Baudelaire, to be performed in concert at the Académie Francis Poulenc in August 2017. The mixture of classical, folk, and pop genres arriving on the music scene is a testament to Baudelaire’s versatility and his continued appeal. Each composer and songwriter picks their own Baudelaire. Who is your Baudelaire? Tell us via Twitter or Facebook using the #myBaudelaire hashtag! 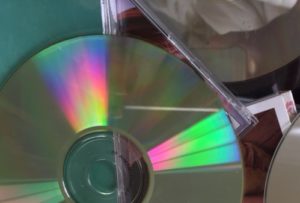